“It’s Not Alcoholism Until You Graduate”: Insight into College Binge Drinking Culture 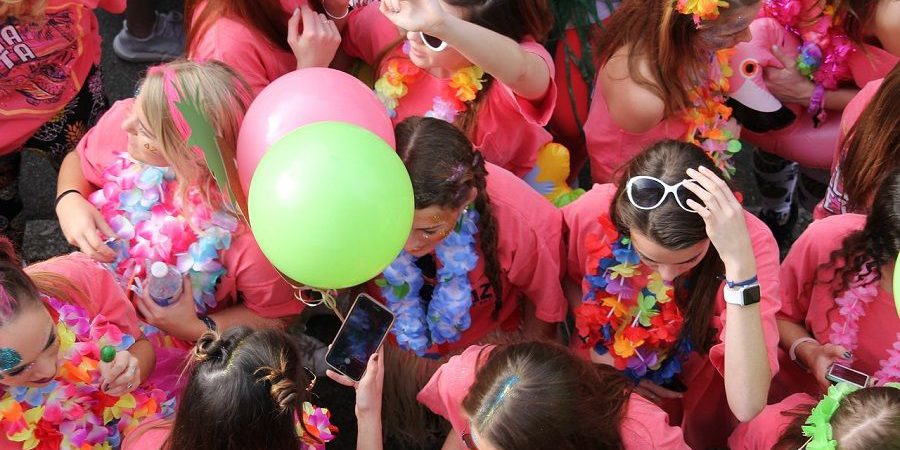 There’s this saying being thrown around jokingly by college students that ultimately leaves a lasting, detrimental impact.  The saying goes “It’s not alcoholism until you graduate.” This statement perpetuates the belief that college students can acceptably consume alcohol to an extent that would be classified as alcoholism if any other individual were drinking in that manner (e.g., frequent, heavy drinking resulting in unfavorable consequences, and/or alcohol dependence).  This leads many college students to take one of two routes: habitual binge drinking that matches the normalized party environments or rare to no drinking that deters people from even attending parties. Unfortunately, there seems to be limited space for a middle ground. With this in mind, I propose that changes to the education system in high school on alcohol and drug use must be considered.

According to the National Institute of Alcohol Abuse and Alcoholism (NIAAA), nearly 60% of college students (ages 18-22) drank alcohol in the last month, and almost 2 out of 3 of them engaged in binge drinking within that time period.  NIAAA defines binge drinking as a pattern that brings blood alcohol concentration (BAC) levels to 0.08 g/dL, and this typically occurs after 4 drinks for women and 5 drinks for men in about 2 hours. These are facts we may have briefly skimmed over in health education courses in high school, but did this education truly prepare us for the college drinking culture?  Based on my three years of college, I have found this education to be insufficient. This is primarily because lessons were not taught in a realistic manner in high school, and these lessons were never reintroduced during my time in college.

For example, in high school, we were told that we should not be drinking at all because we were not the legal age of 21.  Although alcohol abstinence is ideal for all, particularly those below the legal age, it simply does not match real-world statistics of drinking.  Instead, the NIAAA has found that 72% of people have a single period of heavy drinking in their life that spans an average of 3-4 years. This period peaks between the ages of 18-24, and it often occurs during college.  In other words, there is likely a significant amount of young adults engaging in heavy drinking in high school and college. Furthermore, these individuals are reaching their peak drinking stage within the typical time frame of college or shortly thereafter.

The research consistently indicates that there are numerous factors that increase people’s chances of being an alcoholic, including genetics and environment.  For example, an environmental factor could be the age in which an individual begins drinking. The NIAAA specifies that teens that begin drinking before the age of 15 have a 40% greater chance of becoming an alcoholic with or without a family history of alcoholism.  Because high school aged students are vulnerable to drinking habits that may shape the rest of their life, high school education and prevention must be enhanced.

Based on my personal experiences, I have found that my high school drug and alcohol education did not consider the social pressures of college in influencing drug and alcohol use.  For example, college is a time in which 18 or so-year-olds are put into entirely new environments often with little to no friends. Groups and cliques immediately begin forming, particularly fraternities and sororities, at some universities and colleges.  At my university in Southern California, just 29% of the student body is involved in fraternities and sororities. If you were to stroll down my campus, however, you may estimate a much higher number as you find every other person rocking Greek life gear. As classes end and the weekend approaches, this Greek life prevalence on campus translates over to nightlife presence.

Like many universities with Greek life, fraternities throw the parties and supply the liquor, which are often mixed drinks.  Mixed drinks are particularly problematic because there is little to no way to determine how many standard drinks are in a serving or exactly what is in a drink.  This makes practices of tracking a “recommended” amount of drinks difficult. On top of that, it is commonplace to “pre-game” parties, which involves heavy drinking within a short amount of time before attending parties.  What’s the reasoning behind pre-gaming? Common responses are “I could not bear a frat party sober,” “It’s no fun being sober while everyone else is drunk,” or “I know the alcohol I’m drinking isn’t drugged.” These statements imply that college students rely on alcohol and possibly other drugs in order to have fun and/or fit in with their peers.

More alarmingly, safety concerns arise for mainly female college students as they worry about receiving drinks that may be tainted.  Each year, 97,000 students between the ages of 18 and 24 report experiencing alcohol-related sexual assault or date rape (NIAAA). Moreover, these numbers only include reports, so there are likely more instances that are never officially reported.  An increased likelihood of assault when drinking is yet another reason why college drinking culture must be examined.

In addition to party scenes, there are also specific socially acceptable days and occasions for drinking.  Party and drinking days are usually Thursday through Saturday with students scrambling to recover physically and mentally on Sunday in order to adequately complete their assignments.  Drinking during the week is also acceptable when you have a reason to celebrate (e.g., someone’s birthday, finishing an assignment, or getting an A). It is also jokingly applauded when peers show up to class drunk or hungover.  The drug and alcohol prevalence and normalization leads students’ grades, physical and mental health, and relationships to suffer.

In sum, people’s incentive to drink varies by person and situation, but to consider these scenarios in high school prior to college would be crucial.  It would encourage students to think through their options and reasoning behind drug and alcohol use as opposed to making impulsive decisions in college. After all, our prefrontal cortex responsible for adult reasoning does not mature until about mid-20’s.  Instead, teens process information with the amygdala, which is the area involving emotion. Ultimately, these early decisions on drug and alcohol use can potentially generate habits that last or worsen as people progress through college. With this in mind, encouraging high school students to consider their desired drinking habits would be productive.

In addition to the social pressures to be accepted by others particularly during the first weeks of college, freshmen are also notably vulnerable because they are often less monitored than they would be at home.  Along with this, they are typically in a period of their life in which they are figuring out a true sense of themselves. Because this is an uncomfortable stage, it is often much easier and less painful to hide behind drunk or blacked out facades, especially when meeting new people.  Because of this, self-awareness may be another valuable topic discussed with high school students.

As I noted, there are typically two routes for college experiences related to alcohol use.  Although it was not a direct path for me, I eventually recognized the need to find other ways besides frat parties to socialize if I wanted to avoid destroying my body and mind with alcohol for the next four years.  There were nights where I would rather stay in and watch a movie or read a book than go out to a party and/or drink. Some responded with scrutiny, but others responded with acceptance and praise. I came to understand that real, genuine friends were not ones that only wanted to be around me when we were drunk.  Instead, real friends accepted when I wanted to stay in for the night, and some may have even started to join me. I learned how to avoid placing myself in situations in which most people were drinking in order to avoid strong pressures from peers. Although I did not party as much as a typical college student, I still had the best three years of my life.  I also discovered a new love and appreciation for the outdoors.

When I find myself on top of a mountain, I gain humility and perspective as I remember that I am just one small creature in relation to my surrounding and Earth.  I have become more aware that drinking to look cool yields small benefits compared to the feeling of reaching the top of a mountain after a tough hike. Interacting with and exploring nature has encouraged me to become more in touch with myself through reflection and meditation.  These experiences have also allowed me to appreciate quality time with good, sober people, both indoors and outdoors, rather than how they are under the influence of drugs or alcohol. Drunken nights cannot compare to the raw, authentic moments you have with yourself and sober others.

In conclusion, I propose that a change in our education system on alcohol use must be established in high school and possibly reviewed early in college.  Rather than providing high school students with broad statistics on the harms of drinking or what number of drinks is considered to be “heavy” drinking, this education, both in schools and homes, would benefit by becoming more individualized.  This is because there are numerous factors to be considered when calculating the cost of drinking including age, sex, race or ethnicity, social pressures, environment, family history, and others. Unfortunately, however, current alcohol education is limited as it only emphasizes differences between the sexes.

It is also useful to consider possible consequences of alcohol use such as poor grades, health, and relationships as well as an increased likelihood of accidents, injuries, assault, and death.  Last, exploring self-awareness and understanding with high school students may be of great value in terms of influencing decision-making. This may be introduced via mindfulness and meditative practices, as these skills allow for growth in focus and awareness.  You can never recreate or relive a moment, so it is worthwhile to encourage high school students to take a step back and reflect on how they want to experience four years of their life in college and how they want to handle drugs and alcohol in their life.